Our Vision and Mission

Why Evidence to Believe?

Today there is so much disinformation in schools, colleges, and in the media concerning faith, belief in God, and the validity of Christianity (check out the recent documentary “Expelled, No Intelligence Allowed“).. The education system promotes the notion that evolution is responsible for all that there is, 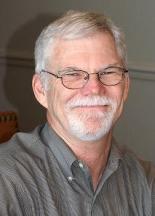 including creation and the origin of life.  By the time young adults get to college, they are usually mocked by their professors and peers for believing in God, and practicing their faith.  They are taught that we are the product of blind chance evolution, and that as a result, people are no more than masses of flesh in search of a purpose for existence.

As a result, the suicide rate among teens and young adults is skyrocketing over the last decade. People are searching for a purpose for their life, and a reason to believe in God and His plan for their life. The fact is, God your Maker created you for a purpose – to love Him, to love others, and to be an instrument for carrying out His will in the world until He returns.

Which is why this ministry was started back in 2006.  To counter the lies and distortions in the media, as well as in schools and colleges.  To provide factual evidence and strong reasons to believe in a Creator, His written Word the Bible, and His plan of salvation through Jesus Christ for a fallen world that badly needs redemption and life. .

Our mission is to:

We do this by conducting on-going research into scientific, archaeological, and historical evidence for the truth of Christianity. We also monitor the media, and strive to expose deception concerning Christianity and the teachings of Christ whenever and wherever we find it.  At the same time, we present what we believe to be the true, historical facts concerning these issues to inquiring minds. We also write articles periodically to address questions that many Christians and non-Christians may have on their minds – questions like “is there any scientific evidence for a Creator, or a creation event?”  “What makes Christ any different from any other great religious figure in history?”  or “Why would God need to have a Son?”

Our goal is to provide compelling reasons to believe, address the distortions and misinformation presented by the media, and present the facts so that people can make informed decisions, and hopefully give Christ the opportunity to bring them into His Kingdom.  We believe that today more than ever before, God has provided a voluminous amount of scientific, archaeological, and other corroborating evidence to support belief and faith in Christ and the Christian message.

My name is Paul Dooley, and I started this ministry in 2006 because I felt it was important that someone step up and start combating the disinformation and distortions in the media about Christ and Christianity.  At that time the book “The Da Vinci Code” was coming out, soon to be followed by a Hollywood movie.  Of course many other Christian scholars reviewed the book and put out books to answer its charges, and I commend them for this..  But I felt it was important to get the truth out via the Internet, and not necessarily to try to make money doing it – to make the truth accessible to everyone who wants a strong basis to believe.

As part of this ministry I do most of the research and content development, all on a volunteer basis.  I do accept submitted articles for review and potential publication on the site – so long as they address an important issue, are truthful, not malicious in any way, and do not violate any laws.  If you are interested in submitting and article.

At Evidence To Believe we subscribe to the Nicene Creed, which originated at the Council of Nicea in 325 AD, in an effort to encapsulate the core beliefs of Christianity in one easy to remember and recite creed.

“We believe in one God, the Father Almighty, Maker of heaven and earth, and of all things visible and invisible.  And in one Lord Jesus Christ, the only-begotten Son of God, begotten of the Father before all worlds; God of God, Light of Light, very God of very God; begotten, not made, being of one substance with the Father, by whom all things were made.

Who, for us men for our salvation, came down from heaven, and was incarnate by the Holy Spirit of the virgin Mary, and was made man; and was crucified also for us under Pontius Pilate; He suffered and was buried; and the third day He rose again, according to the Scriptures; and ascended into heaven, and sits on the right hand of the Father; and He shall come again, with glory, to judge the quick and the dead; whose kingdom shall have no end.

And we believe in the Holy Ghost, the Lord and Giver of Life; who proceeds from the Father and the Son; who with the Father and the Son together is worshipped and glorified; who spoke by the prophets.  Lastly, we believe in one holy catholic and apostolic Church. We acknowledge one baptism for the remission of sins; and we look for the resurrection of the dead, and the life of the world to come.”

We hope that hope that you find our articles and other services helpful in knowing and developing a closer relationship with our Lord..  As Jesus said:  “If you continue in my word, then you are my disciples indeed.  And you shall know the truth, and the truth shall make you free.” (John 8:31-32)

Thank you for visiting Evidence To Believe.  I hope we have helped you in some small way to grow closer to the Lord.

2 thoughts on “About Us”