There is a lot of talk going around these days about Mary Magdalene, how that  she was a prostitute, the wife 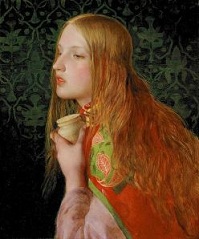 Claims from The Da Vinci Code Regarding Mary Magdalene

The popular book The Da Vinci Code, by Dan Brown, makes  a number of fantastical claims about Mary Magdalene.

Brown makes these claims based on the assertions of several  other popular works written over the last decade (Holy Blood, Holy  Grail, for example), plus some of the writings of what are collectively  called the Gnostic Gospels.  What are we  to say to these claims?  What about these “other gospels” – do they warrant  the same respect as gospels in the New Testament?  Where do we start?

The Importance of Primary Sources

When looking at historical documents, one thing you want to do in searching  for truth is to examine PRIMARY source documents.  Those that are dated earlier  than others, and especially those penned by eye witnesses.

The four gospels qualify as primary sources where questions concerning Mary  Magdalene are concerned.  The gospels of Matthew, Mark, Luke and John were all  written by apostles or by disciples who walked with them.  According to scholars,  the four gospels date between 40 AD and 90 AD – much earlier by decades than the  acclaimed “Gnostic texts”.  In addition, the four New Testament gospels were  penned by eyewitnesses to the life of Jesus, and the events surrounding His  ministry.

gospels and other New Testament writings. Why?

What Do The Earliest Texts Say About Mary Magdalene?

The four Gospels – Matthew, Mark, Luke and John – are the  earliest texts relating to Mary Magdalene (written c. 40-90 AD).  Here  is what they have to say:

Luke 8:2  “and certain women who had been healed of   evil spirits and sicknesses – Mary called Magdalene, out of whom had come   seven demons,”

Luke 8:2-3  “Mary called Magdalene, out of whom had   come seven demons, and Joanna the wife of Chuza, Herod’s steward, and Susanna,   and many others who provided for Him from their substance.”

Matthew, 27: 55-56  “And many women who followed Jesus from Galilee, ministering to Him, were  there looking from afar, among whom were Mary Magdalene, Mary the mother of  James and Joses, and the mother of Zebedee’s sons.”

Mark, 15: 40-41  “There were also women looking on from afar, among whom were Mary Magdalene,  Mary the Mother of James the Less and of Joses, and Salome, who also followed  Him and ministered to Him when He was in Galilee; and many other women who came  up with Him to Jerusalem.

John 19:25  “Now there stood by the cross of Jesus His mother, and His mother’s sister,  Mary the wife of Cleopas, and Mary Magdalene.”

Matthew, 27:61  “And Mary  Magdalene was there, and the other Mary, sitting opposite the tomb.”

Mark, 15:47  “And Mary Magdalene and Mary the mother of Joses observed where He was laid.”

Matthew, 28:1 “Now after the  Sabbath, as the first day of the week began to dawn, Mary Magdalene and the  other Mary came to see the tomb.”

Mark, 16:1-2  “Now when the  Sabbath was past, Mary Magdalene, Mary the mother of James, and Salome brought  spices, that they might come and anoint Him.  Very early in the morning, on  the first day of the week, they came to the tomb when the sun had risen.”

John, 20:1  “On the first day of the week Mary Magdalene came to the tomb early, while it  was still dark, and saw that the stone had been taken away from the tomb.”

John, 20:2  “Then she ran and came to Simon Peter, and to the other disciple, whom Jesus  loved, and said to them, “They have taken away the Lord out of the tomb, and we  do not know where they have laid Him.””

Mark, 16:9  “Now when He rose early on the first day of the week, He appeared first to  Mary Magdalene, out of whom He had cast seven demons.”

John 20: 11-18  “But Mary stood outside by the tomb weeping, and as she wept she stooped down  and looked into the tomb.  And she saw two angels in white sitting, one at  the head and the other at the feet, where the body of Jesus had lain.  Then  they said to her, “Woman, why are you weeping?”  She said to them, “Because  they have taken away my Lord, and I do not know where they have laid Him.”   Now when she had said this, she turned around and saw Jesus standing there, and  did not know that it was Jesus.”

“Jesus said to her, “Woman, why are you weeping?  Whom are you seeking?”   She, supposing Him to be the gardener, said to Him, “Sir, if you have carried  Him away, tell me where You have laid Him, and I will take Him away.”   Jesus said to her, “Mary!”  She turned and said to Him, “Rabbboni!” (which  is to say, Teacher). Jesus said to her, “Do not cling to Me, for I have not yet  ascended to my Father; but go to My brethren and say to them, ‘I am ascending to  My Father and your Father, and to my God and your God.'”

“Mary Magdalene came and told the disciples that she had seen the Lord, and  that He had spoken these things to her.”

What About The Da Vinci Code Claims?

In light of the evidence, let’s consider claims about Mary of  Magdala in Dan Brown’s book:

But Andrew answered and said to the brethren, “Say what you (wish to) say about what she has said.  I at least do not believe   that the Savior said this.  For certainly these teachings are strange   ideas.”  Peter answered and spoke concerning these same things.  He   questioned them about the Savior: “Did He really speak with a woman without   our knowledge and not openly?  Are we to turn about and all listen to   her?  Did He prefer her to us?  Then Mary wept and said to Peter,   “My bother Peter, what do you think?  Do you think that I have thought   this up in my heart, or that I am lying about the Savior?”  Levi answered   and said to Peter, “Peter, you have always been hot-tempered.  Now I see you contending against the woman like the adversaries.  But if the Savior   made her worthy, who are you indeed to reject her?  Surely the Savior   knows her very well.  That is why He loved her more than us.  Rather let us be ashamed and put on the perfect Man, and separate as He commanded us   and preach the gospel, not laying down any other rule or other law beyond what   the Savior said.”

In sum, the evidence indicates that Mary was a devoted and  loyal disciple, one which Jesus loved dearly.  But nothing more.   Certainly not His wife, and not “the greatest apostle”.

1.  That Mary was “of royal blood” is simply without  any historical merit, and has no basis in fact.  There is nothing in  history to support this claim.  Its another of The Da Vinci Code fabrications, derived from recent popular tales such as Holy Blood, Holy  Grail.

2.  What does it matter?  Jesus was asked if  he was here to setup an earthly kingdom, and He very clearly stated that indeed  He was a King, but that His kingdom was not of this world (see John  18:36).  He had no interest in reclaiming an earthly throne – not  of  Solomon or anyone else.  That was not His mission, not why He was sent.   If you read the primary sources, you can clearly see His mission:  to give  His life as a ransom for us, so we can have the opportunity to come into a right  relationship with our Creator.

Who Was Mary Magdalene?

Let’s recap what the Gospels, the oldest and primary texts,  say about Mary:

1.  Mary was healed of seven demons, and as a result  became a devoted follower and supporter of Jesus, along with other women.
2.  Mary Magdalene was at the cross with several other  women when Jesus was crucified
3.  She was with the “other Mary” (the mother of Joses) at the tomb after  they had just laid Him to rest.  Both Marys clearly had deep affection for Jesus — so much so that they  stayed by the tomb for a while after He had been laid to rest.
4.  She went to the tomb early in morning on the first day of the week  (Sunday) with two other women.
5.  When she discovered that the tomb was empty, she along with several  other women ran to bring this news to the apostles and other disciples.
6.  She was the first to see the risen Lord Jesus after His resurrection.

What CAN we reasonably conclude about Mary  Magdalene?

Mary Magdalene, along with “the other Mary”, also fulfilled some very special purposes: 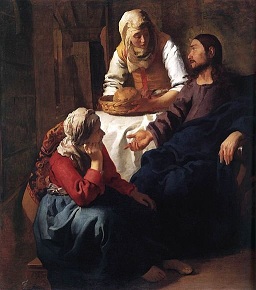 apostles, the women who had ministered to Jesus were the last at the  tomb and the first back to it prior to the resurrection,
2) they were also the  first to receive the news that Jesus had risen from the dead, and
3) they were  selected as messengers to bring this joyous news to the other disciples and  apostles.

In those days women were not qualified to testify in important  matters – yet the gospels doesn’t revise or gloss over what actually transpired.   Like a historical record should, the gospel recounts precisely what happened –  nothing more, nothing less.

Let’s give Mary Magdalene her rightful due – a beloved  disciple of the Lord, one who followed Him, supported Him, and loved Him.

Let’s not try to remake her into something she wasn’t.

2 thoughts on “Who Was Mary Magdalene?”